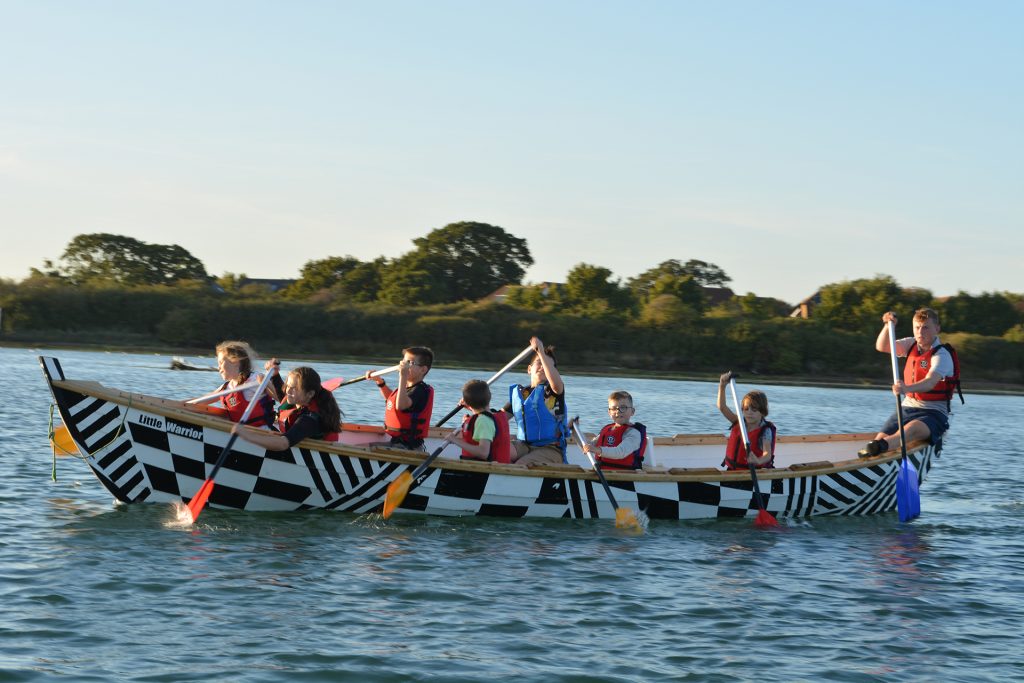 As planning for 2021 corporate sailing days and regattas continues, Britannia Corporate Events have named Hampshire based not for profit organisation, Oarsome Chance, as their official charity partner for the coming year. The partnership follows that of sister company, Dream Yacht Charter and will assist in raising awareness and funds for the charity to support their future projects supporting local youngsters.

Based in Gosport, Oarsome Chance aim to develop programmes and support individuals aging from 9-19 who are disengaged from mainstream education and are at risk of being excluded. Individuals visiting the charity take part in a range of activities including skiff building, rowing and team sports in an attempt to build their confidence, give them a vocation and enhance their chances of developing a career in the marine industry.

Established in 2015, the charity has been supporting children from a range of backgrounds, and since its creation has reached over 1,800 local youngsters who have all benefited from the skills that they have learned. To find out more about the effects the charity has on the kids, we spoke to 19-year old Joe, who has been with Oarsome Chance since its launch and is currently two years into a four-year marine engineering apprenticeship, thanks to the charity.

Q) So, Joe, tell me about yourself

My name is Joe and I’ve just turned 19. I live in Havant with my family and have been with Oarsome Chance since 2015. I am currently three years into a four year marine engineering apprenticeship and that’s all thanks to Oarsome Chance.

Q) Why did you start coming to Oarsome Chance?

Before coming to Oarsome Chance, I attended a mainstream secondary school in Portsmouth. During my time at school, I struggled quite a bit, with learning and my behaviour. I think my learning suffered because I wasn’t getting the support I needed to achieve anything, and I think that’s true of a lot of kids these days – sometimes, rather than give kids who have difficulties a bit of extra support, it’s easier for them to exclude them or brand them as ‘naughty’ but that’s not always the case. When I started coming here, John (the principal) and the other volunteers really helped me to realise my own potential and helped me to believe that I COULD make something of myself, I just needed a bit of support and understanding.

Q) How did you hear about Oarsome Chance?

Due to my struggles at school, one of my teachers suggested I try and come to Oarsome Chance a few times a week. I was unsure it would be any good at first, but it’s literally the best decision I’ve ever made.

Within the first year of coming here, I was a completely different person and for the first time, I had an idea of what I wanted to do after I left school.

Q) What sort of things can the kids do at Oarsome Chance?

Loads! When you first come, one of the main tasks is skiff building. I’ve helped build a few since I came here. They’re basically build it yourself boat kits and each person has their own part to play in building it.

The workshop at Oarsome Chance has a number of workbenches in, each with the tools you need to build the skiffs like vices and sanders, and each bench has two kids at it. We also do lots of activities like, rowing, both indoors and on the river, and we help in the Canvas Works too – they’re part of the charity and make bags and wallets out of recycled boat sails.

For the last couple of years, I’ve also taken part in the British Rowing Indoor Championships (BRIC), previously as a junior and now as an adult. Something I’d never of done had it not been for Oarsome Chance.

Q) How has Oarsome Chance helped you?

Honestly, I’d not be doing as well as I am now if it wasn’t for them. Initially, it was little things they helped me with, like building my confidence and helping me to realise my potential.

After about a year, John helped me get some work experience as an underwater diver with a local marine diving company. I had an amazing time, learning what’s involved in boat cleaning and inspection and got to meet some really nice people. Then, I decided I wanted to have a career in marine engineering and asked John how I could do that.

I realised I would need to get my maths and English GCSEs, something I’d been unable to achieve while in mainstream school, but with John’s help, I went on to get them, which was great. That meant I could do what I really wanted to do. Having spent a few years with the charity, I was lucky enough to be chosen to start a marine engineering apprenticeship with them, which I did in 2017.

I have one year left and last year, started working for Alex Thomson and his team as part of my course. It’s really exciting.

Q) Do you think you’d have been able to achieve the same things without Oarsome Chance?

No! I don’t think I’d be working at all. Let alone still getting an education! I left mainstream school on Friday and started here on Monday! That’s how much I love it. The staff here have helped me build my social skills and confidence and

I’ve learnt a lot about myself. I never really considered that I had any strengths, but now, well, I’ve got quite a few! This charity is everything to me. If it wasn’t for John and the team I wouldn’t know as many people as I now do which has opened up a whole load of opportunities for me that I’d never have had otherwise.

At the start of 2019, I got the chance to assist in the fit out of Dream Yacht Charter’s brand new Dufour 460 GL.

The company are based locally and Oarsome Chance are their official charity. It was amazing to have hands on experience and it was thanks to this that I met Alex Thomson. He is Dream Yacht Charter’s brand ambassador, so he was the chosen person to officially name and christen the boat in April. The yacht was named, ‘Oarsome Dream’ – I felt really proud.

Q) So what’s next for Joseph James?

Loads! I’ll continue working with AT Racing and at the end of that contract, I’ll be a qualified marine engineer, so I guess the sky’s the limit!

While Oarsome Chance are doing an amazing job, the organisation are reliant on donations to be able to continue offering this level of support and guidance. At present, the charity are only able to offer two apprenticeships and four post-16 courses which result in the individuals achieving a City and Guilds in Marine Engineering, but are aiming to increase this in the coming year to accommodate eight of each.

To help, Britannia will be supporting fundraising during a number of their 2020 events, including their popular Legal Cup Regatta and Cowes Week.

Speaking about the partnership, Britannia Corporate Events Managing Director, Andy Byham said, “We are thrilled to be supporting Oarsome Chance in 2021 and hope that those taking part in our regattas will realise what an amazing organisation it is. We are looking forward to helping them achieve their long term goals.”

To find out more about Oarsome Chance or to donate, visit their website, www.oarsomechance.org. 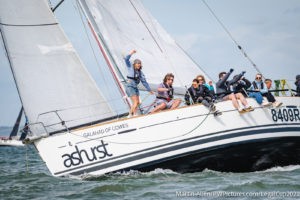 The Legal Cup – the UK’s number one legal industry regatta 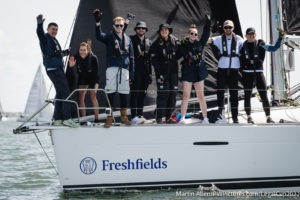 Highlights from the 2022 Legal Cup 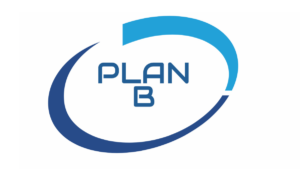 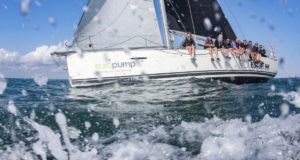 2021 season round-up: the highlights from an exciting year at Britannia Corporate Events 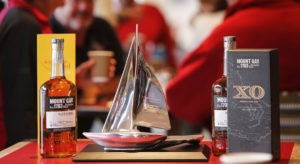 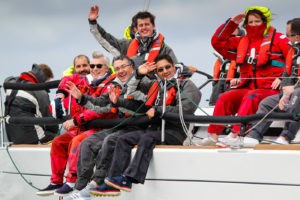 Mental health & well-being – how sailing can help motivate, reward and inspire during the ‘new normal’

This website uses cookies to improve your experience while you navigate through the website. Out of these cookies, the cookies that are categorized as necessary are stored on your browser as they are essential for the working of basic functionalities of the website. We also use third-party cookies that help us analyze and understand how you use this website. These cookies will be stored in your browser only with your consent. You also have the option to opt-out of these cookies. But opting out of some of these cookies may have an effect on your browsing experience.
Necessary Always Enabled
Necessary cookies are absolutely essential for the website to function properly. This category only includes cookies that ensures basic functionalities and security features of the website. These cookies do not store any personal information.
Non-necessary
Any cookies that may not be particularly necessary for the website to function and is used specifically to collect user personal data via analytics, ads, other embedded contents are termed as non-necessary cookies. It is mandatory to procure user consent prior to running these cookies on your website.
SAVE & ACCEPT
Scroll to Top